Follow the Leader was inspired by the observation of animals and people being guided by instinct or a belief. In my case, I created the piece in the work as a life-sized Mother Nature inspired character in the form of a tree based on my own desire to follow nature but includes token and shrine type objects inside to open it to many possible ideas. 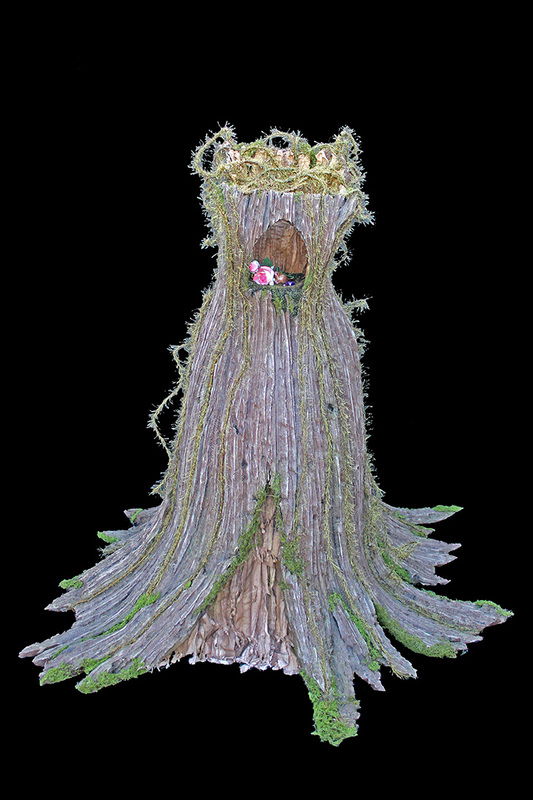 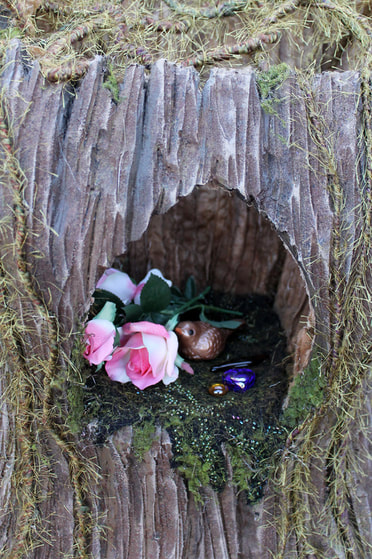 
This piece was inspired by following instincts, leaders, flocks,
religions.  I chose the form of a
tree and woman because I feel best when I follow Mother Nature and my instincts
versus a religion or what someone says I should do or not. During my research I
found Shrine Trees pictured in Greece where different people put religious
items, tokens or gifts inside. I put several found object tokens inside and a
bird figurine representing motherhood, one of the strongest of instincts for any
animal in my opinion. My theatrical costume background influences a lot of my
work when I imagine a piece as a character, like this one being Mother
Nature.